enOware GmbH received the European Geothermal Innovation Award 2017 during the opening session of GeoTHERM exhibition and Congress 2017 in Offenburg, Germany. The award was given for their miniaturised sensor which allows to professionally plan, monitor and measure near-surface geothermal probes.

Commenting on the award, Ruggero Bertani, Enel Green Power, President of EGEC and member of the jury said, “The product developed by enOware shows that there are high-tech innovations also for shallow geothermal, which can assist planners and designers for the development of advanced ground source systems, and convince the customers of the reliability of geothermal heating and cooling. This kind of innovation, with its potential to facilitate GSHP system design by decreasing costs and increasing efficiency, is a good step forward for further developing the market in Europe.”

“The innovation of the product is that the miniaturized sensor system can measure temperature and pressure very precisely. It can be used to optimise geothermal probes planning and performance,” said Simeon Meier, enOware Managing Director and CTO. “It is good to see that recognition is awarded also for advancement in shallow geothermal.”

The German company specializes in sensor systems for fluid applications, energy monitoring and Research & Development services. The wireless sensor for which they were given the award is designed to swim through geothermal probes up to 450 m deep and measure a very precise temperature-depth profile, the absolute probe depth as well as the permeability of geothermal probes.

enOware won against strong completion from the four other endorsed nominees: HakaGerodur AG (Switzerland), for the pressure-resistant borehole heat exchanger (BHE) for difficult geological conditions and applications up to 300m; Huisman Well Technology BV (The Netherlands), for the application of the Enhanced Casing Installation (ECI) system in a geothermal well; Jansen AG (Switzerland), for the JANSEN shark technology, which reduces the flow resistance in the pipe and results in less pumping power; SWM Services GmbH (Germany), for the project to provide 100% renewable energy for the district heating of Munich, including a major contribution by geothermal energy.

The European Innovation Award, now in its fourth year, is an initiative of the European Geothermal Energy Council and Messe Offenbourg. The award is given to companies that have made an outstanding contribution towards the field of geothermal energy in the form of innovative products, scientific research or project initiatives. 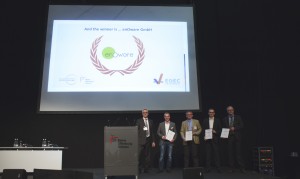 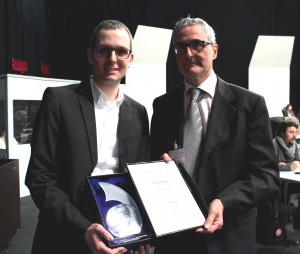 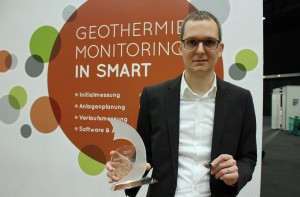