GDF Latin America, the geothermal innovation of the year

During the opening ceremony of the GeoTHERM Exhibition and Congress 2018, the European Geothermal Innovation Award 2018 was awarded to the Geothermal Development Facility (GDF) Latin America, the first multi-donor climate initiative offering risk mitigation for surface studies and appraisal drillings during the exploration phase of geothermal projects in Latin America.

Ruggero Bertani, Enel Green Power, President of EGEC – who, because of a conflict of interest with one of the candidates, recused himself before the beginning of the evaluation process to continue to ensure the transparency and independency of the jury – said that the result the Award sends an important signal. “More and more,” said Mr Bertani, “We are seeing that the fundamental drivers for geothermal development are not just technical. They are also social, financial, and political. This year’s edition of the award shows that there is consensus, in the industry and in research, to call for innovative financial instruments, especially in developing countries with a great but untapped geothermal potential.”

GDF is an innovative financial mechanism that fosters geothermal development in Latin America, both in South America and Central America. It has been operational for two years and is mainly funded by the European Union and Germany.

“On behalf of the Geothermal Development Facility for Latin American I am very proud to receive this award,” said Christoph Sigrist, Head of Division, Energy and Financial Sector, Latin America, at KFW, who has followed the project since the beginning. “Currently we are working on getting additional funds from the Green Climate Fund and on preparing a second call for proposals. About eight financing contracts came out of the first call. We are very proud that the fund is being received so well, both by the industry and by the developing financial institutions.”

GDF Latin American won against a strong competition from the four other endorsed nominees: GPC Instrumentation Process (France), for the design and implementation of the first sub-horizontal well in a geothermal project, a technique so far only used for oil drilling that allows to drain more hot water over a long length; Politecnico di Torino (Italy), for their system ENERTUN, that allows transforming a tunnel lining into a low enthalpy geothermal system; PORCIÓ Ltd. (Hungary), for the Gyopáros Production and Reinjection Geothermal System, in operation at Gyopáros Thermal SPA; RWTH Aachen University (Germany), for the development of their Temperature Sensor Module (TSM) for detecting groundwater flow velocity and direction near a borehole heat exchanger.

A total of 19 nominations were received from around Europe. These included submissions from a wide range of companies and research institutes, demonstrating the enthusiasm of the sector and the constant efforts towards innovation, increased efficiency, and reduction of costs.

The European Geothermal Innovation Award is an initiative from EGEC, the European Geothermal Energy Council, in collaboration with Messe Offenburg, organisers of the GeoTHERM fair and congress. The award is given to entities that have made an outstanding contribution towards the field of geothermal energy in the form of innovative products, scientific research or project initiatives. 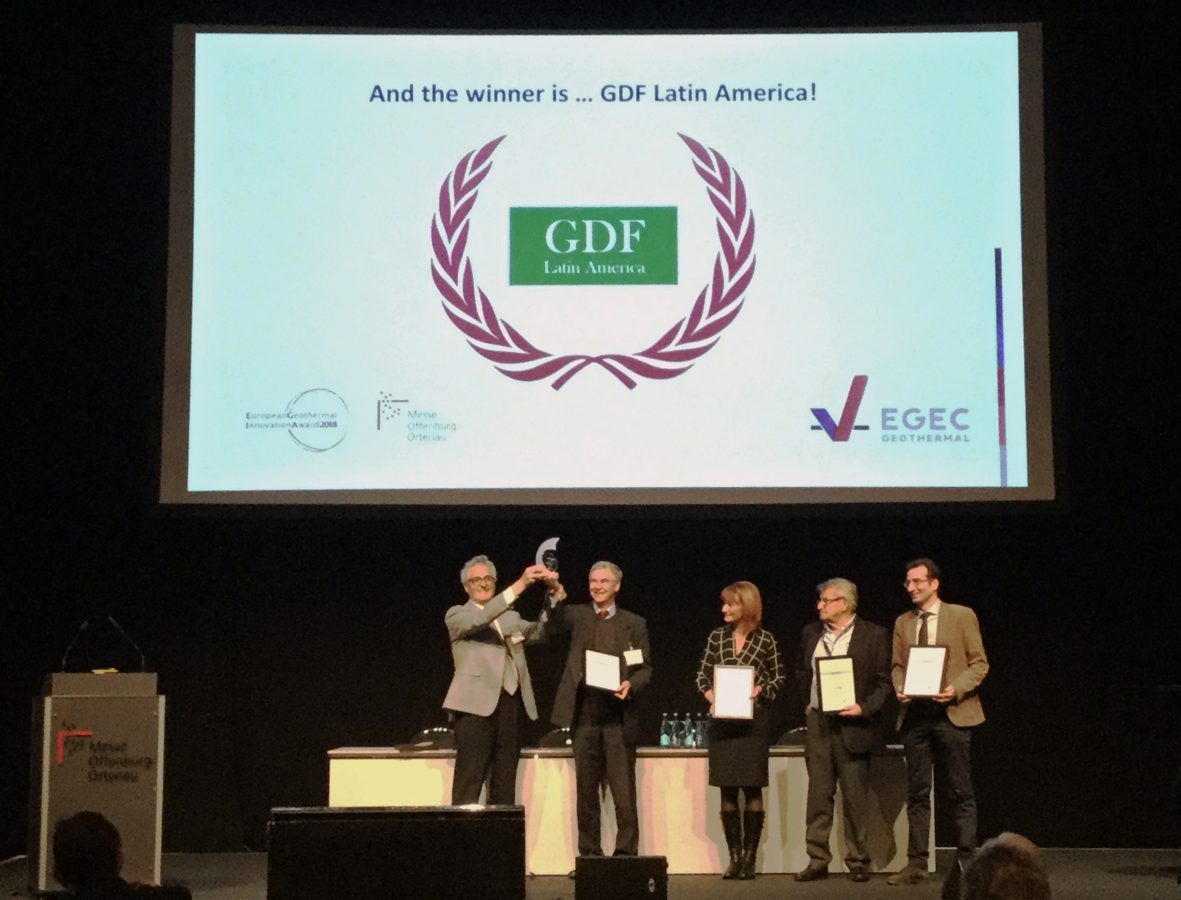