The General Confederation of Italian Industry (Confindustria) published this week a “White Paper for an Efficient development of Renewable Energy Resources in Italy to 2030” (in Italian). Confindustria recognizes traditional geothermal power plants as the main components of Italy’s geothermal production.

In recent weeks, a debate started in Italy concerning an upcoming decree from the Italian Ministry for Economic Development, named FER1, set to renew subsidies for the electrical production from Renewable Energy Sources (RES). One of the most contentious elements of the proposed decree is the elimination of traditional geothermal from the renewable energy sources eligible for the subsidies dedicated to mature technologies.

On the background of this debate, Confindustria recently published its White Paper for an Efficient development of Renewable Energy Resources in Italy to 2030, which provides additional key elements to the discussion.

Furthermore, the paper indicates that adequate subsidies, particularly for refurbishment, are essential to allow the full recovery of geothermal production that could amount to an increase of 0,6-1,1 TWh/year. However, the focus on installation costs to gain access to subsidies puts geothermal at a disadvantage when competing with RES with lower installation costs (i.e. wind). 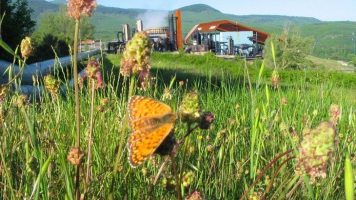 Yet, and although geothermal has not seen a significant reduction in installation and drilling costs in the past few years – which could be attributed to significantly lower investments in research compared to other renewable technologies – and despite this disadvantage, the study by Confindustria also shows that, in terms of overall production cost, geothermal is very much competitive, with average LCoE comparable to that of wind and photovoltaic.

Moreover, experts of the sector do expect a reduction of installation costs in the coming years, with no system costs, making geothermal an extremely valuable part of Italy’s energy mix to 2030.

Overall, the paper presents several elements that, combined, clearly strengthen the argument for a continued inclusion of geothermal within the scope of the upcoming decree FER1 regulating the subsidies for RES electrical production.

According to Confindustria, uncertainty in the relevant legal framework for RES subsidies risks to compromise required investments in the sector and would impair the achievement of Italy’s SEN 2017 objectives.

It is the reason why conventional geothermal must be reintroduced in the Italian decree on RES support schemes for electricity (FER1), as explained and claimed by our EGEC member Unione Geotermica Italiana (UGI) in a recently published factsheet (in Italian).