Geothermal energy projects tend to be defined by their capital intensity. In addition, for deep geothermal projects, the geological risk is an element with a significant impact on the overall cost of the project, by greatly increasing the risk. Indeed, the geological risk only diminishes once a significant amount of capital that has been spent (i.e. a first well has been drilled, providing information on the parameters of the reservoir), as illustrated in the figure below. In addition, the capital intensity of the cost-structure means that the cost of a geothermal project is directly linked to the level of risk it represents (geological risk, but also financial risk regarding the sale of the produced energy for instance), as the cost of raising fund for a capital investment is usually directly tied to the risk. 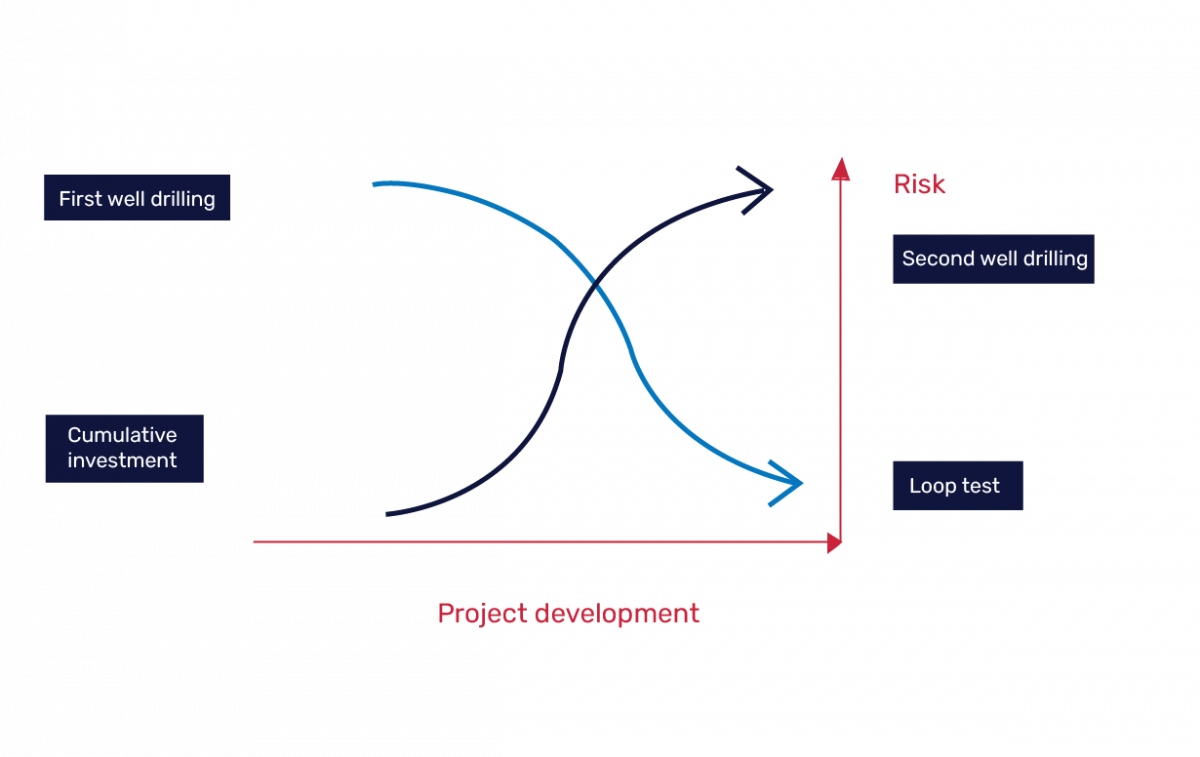 Financing geothermal projects therefore requires reducing uncertainty in terms of the cost of the project. To do so, public support schemes play a key role, providing a predictable income in terms of operational aid, or lowering the need or the cost of raising capital in the case of investment aid.

The European Union is a crucial actor when it comes to financing the energy transition. It directs a significant share of its budget through the structural funds for projects in Member States. Climate action and renewable energy are indeed designated as “headline targets” under  2030 climate and energy framework – these are the primary focus of financing allocation.

The EU’s action on financing for renewable energy rests on two main axes:

- The introduction of conditionality in the attribution of EU funds;
- The “financialization” of public support through the European Investment Bank.

The public sector generally plays a significant role in the promotion of geothermal energy, notably providing operational or investment support. The EU is for instance a key resource in several geothermal heating projects. In some Member States, this support also takes the form of risk guarantees for deep geothermal projects, which can contribute to greatly reducing the costs of financing.